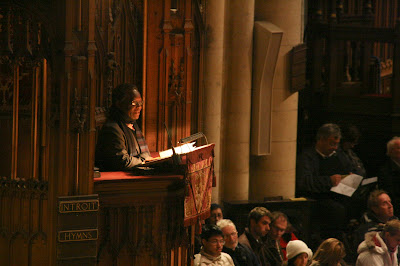 The Address
Jack Mapanje, Malawian poet, linguist, human rights activist, academic, visiting professor at York University, gave a moving account of his time as a prisoner of conscience, recounting how Amnesty became involved in his case, and urging us not to "dither" when we are confronted by human rights abuses.
Lighting the Amnesty Candle
"Better to light a candle than to curse the darkness" 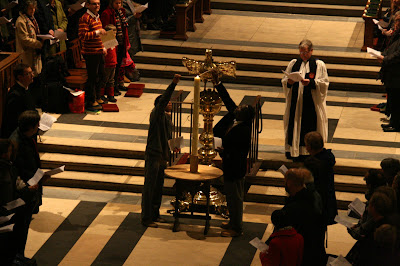 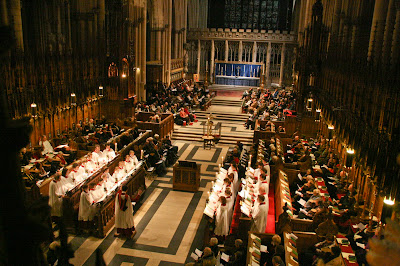 The Reading
The reading was read by Ena Lawrence of York Amnesty group
The Amnesty 50th Anniversary Quilt
More than 30 local groups have contributed a panel to this magnificent quilt, and many will be present
The Exhibition
Facets of the work of Amnesty were displayed and the public were invited to write letters and send cards to individuals at risk worldwide. 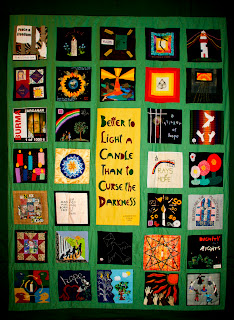 Write for Rights
York Amnesty group welcomed shoppers at Coppergate to take a break from their Christmas shopping to sign a greetings card to be sent to a prisoner of conscience, to remind them they are not forgotten.

Cards were also available to sign in York Minster all week from Sunday 4th December until Sunday 11th December next to the quilt exhibition and the giant red post van.

All in all over a hundred cards were signed - Thank You!

The card signing was part of AIUK's Write for Rights campaign in 2011. 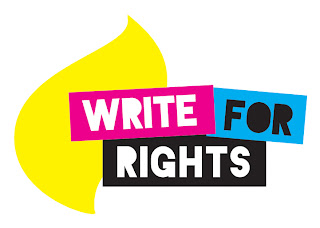