York Amnesty held a delicious AmnesTea on Tuesday 28th May at the Books for Amnesty shop on Goodramgate.

The party ran from 4pm to 7.30pm with tea, many forms of cake and the opportunity to take action! 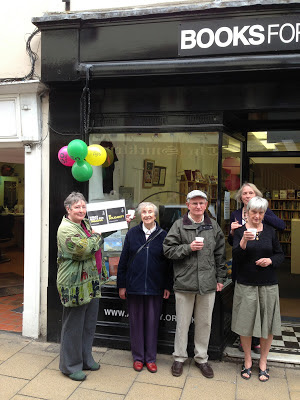 The event was held to raise awareness about the upcoming Zimbabwe elections and led to many letters being written in support of human rights defenders in this country.

York Human Rights City project (http://www.yhrcproject.co.uk/) is a network that aspires to promote a community based approach to social justice and human rights, linking the global to the local. On Saturday 20th April the network came together for an exciting and vibrant Open Day at which social justice and human rights organizations in York showcased their activities in Parliament Square. 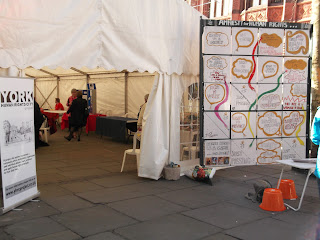 York Amnesty hosted a stall as part of the festivities, at which we invited members of the public to sign a petition calling on the President of the European Commission to ensure that the human rights of Roma people are protected.

In addition, we launched our human rights take on a traditional children's game. Numerous passers-by (including both regular humans and one arctic fox!) were invited to participate in 'Snakes no Ladders': 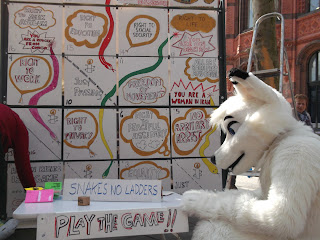 Taking place on a giant board, the abuse of human rights forces people to slide down snakes and be held captive until another player chooses to use the power of Amnesty International to liberate them! 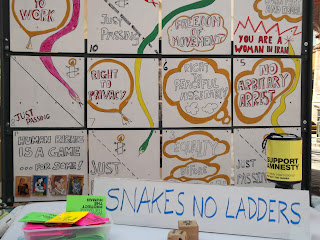